Universal Media Server is a Java-based server which can stream video, audio or pictures to any DLNA device.

The program is powered by assorted other open-source applications - FFmpeg, MEncoder, tsMuxeR, MediaInfo, OpenSubtitles - but you don't need to have any of these beforehand. Universal Media Server installs and configures them itself. 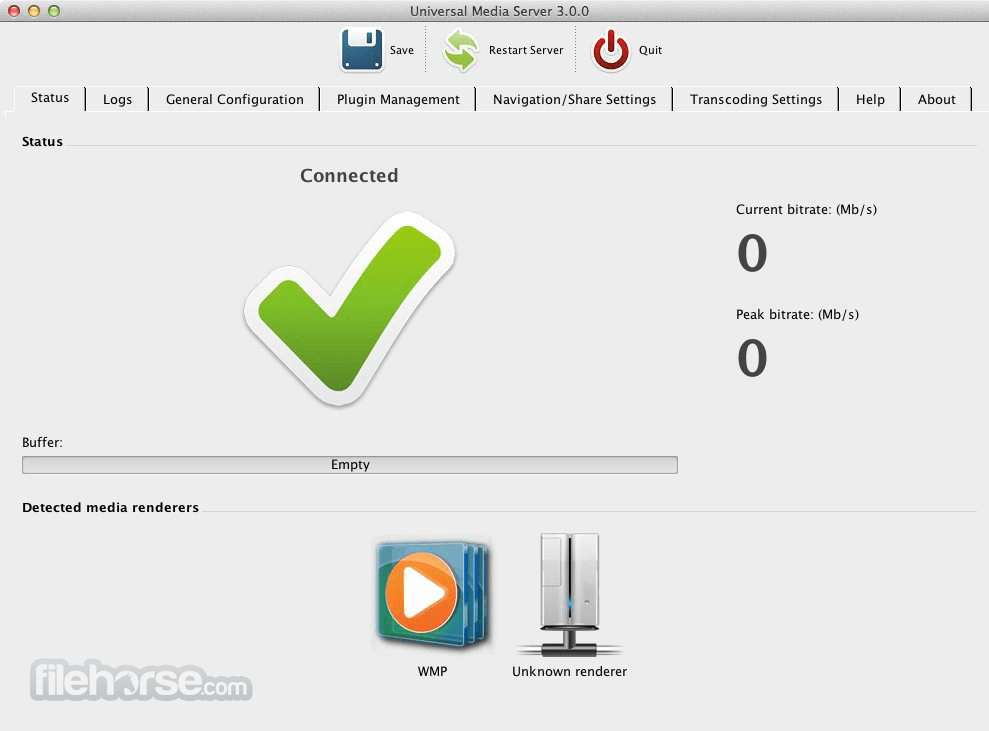 When there are setup steps to consider, they're fairly straightforward: choose the speed of your network, do you want to hide the advanced settings, and so on.

Once it's up and running, all you really need to do is set up folders you'd like to share: music, pictures, whatever. 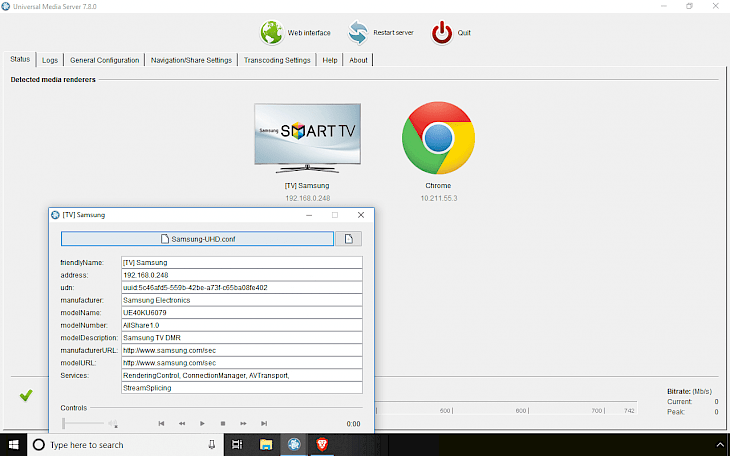 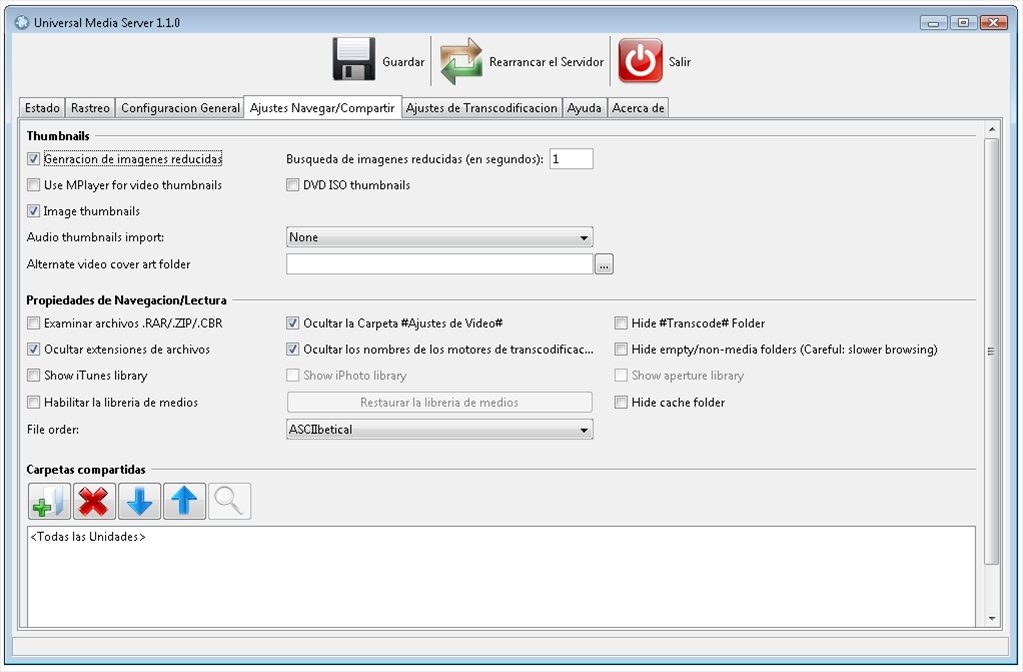 You can also discover other devices from the server and browse their media, for example, the videos on an iPad.

As with anything else network-related, there's plenty of scope for problems, but fortunately, you get a lot of setup and troubleshooting documentation to help figure them out.

A powerful media server which is exceptionally easy to set up and configure.