Textastic is a programmers editor for iOS. It’s not perfect, but it’s very close to the app that I was waiting for ever since the first iPad was released.

Textastic is a text editor for iPhone, iPad and Mac with rich support for syntax highlighting, FTP, SFTP and Dropbox. FEATURES. Syntax highlighting of more than 80 languages. Textastic for Mac is a simple, yet faster, coding tool that delivers what it promises. With features like Auto Completion, it auto-completes some of your code that you would otherwise have to do yourself, saving you some time that you could use to do something else. Textastic is a powerful and fast text, code, and markup editor. You can use Textastic for iPad and iPhone to sync files between the Mac and iOS versions of Textastic. Textastic is a fast and versatile text, code and markup editor. It supports syntax highlighting of more than 80 programming and markup languages. Connect to FTP, SFTP, SSH and WebDAV servers or to your Dropbox or Google Drive account. Use the built-in WebDAV server to easily transfer files from your Mac or PC over Wi-Fi. NEW IN TEXTASTIC 9. 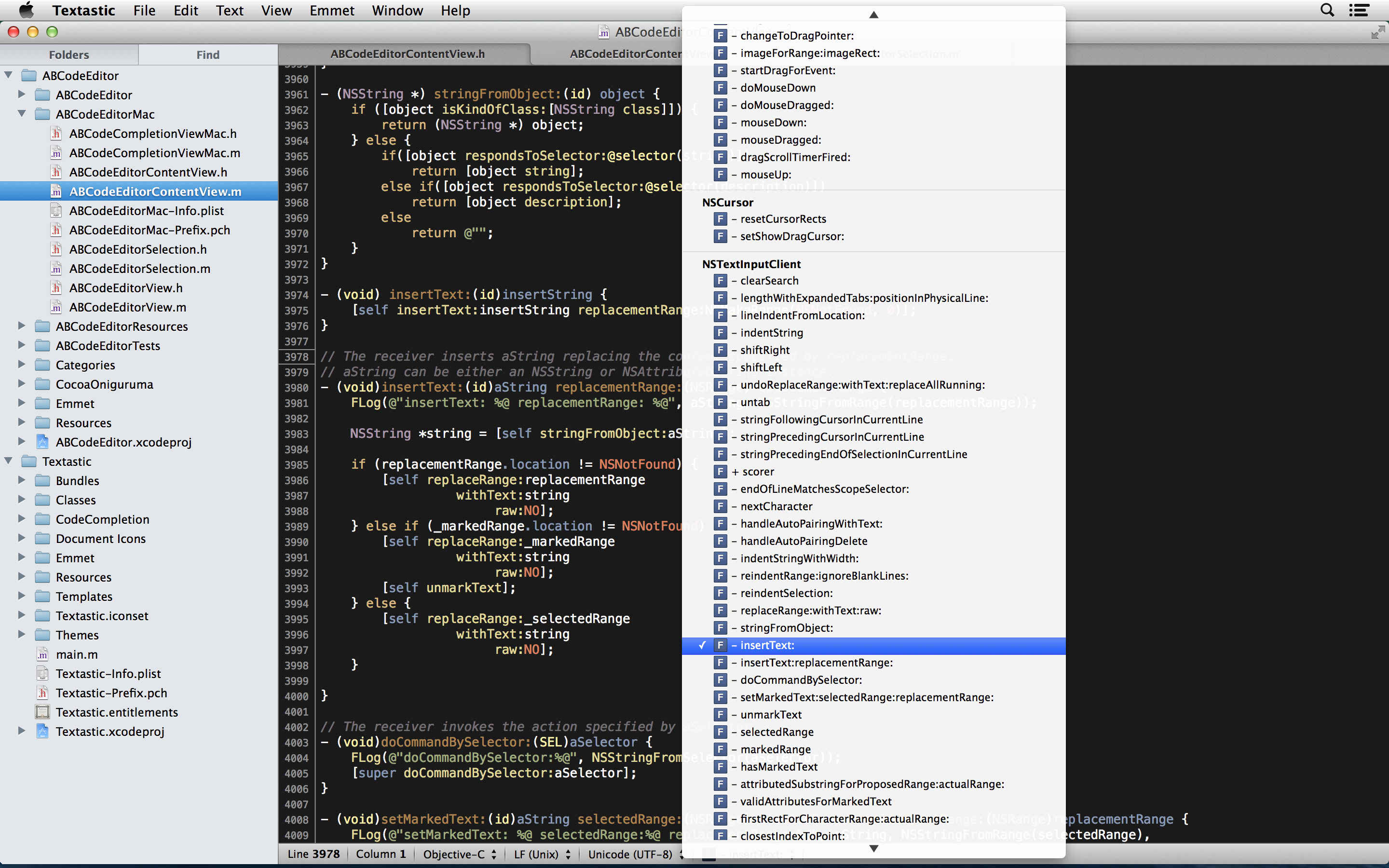 Even before I had an iPad, I’d mostly stopped using my laptop. The only time I did use it was when travelling overnight (I’d take it if I had to work while away, or in case there was an emergency and I had to work on something). I don’t need a full computer for this – typing on a software keyboard on a 9.7 inch screen is perfectly adequate for emergency work, and when combined with a bluetooth keyboard (which is small enough to easily pack, and I already own) and a monitor (now a TV via AirPort mirroring) it’s quite useable as a work-while-travelling device.

The only missing component was the software: for a very long time there was nothing available. There are oodles of word processing applications, note takes, and there are even a few HTML editors – but nothing designed for real programming work. I’m not sure why this is, but I suspect that most professional programmers already have something along the lines of a small MacBook Pro or Air and find it convenient to travel with that, so wouldn’t use an iPad, even in these situations. The best available was, unfortunately, using SSH (this was before Prompt, too) and doing the word in a command line on a server somewhere. 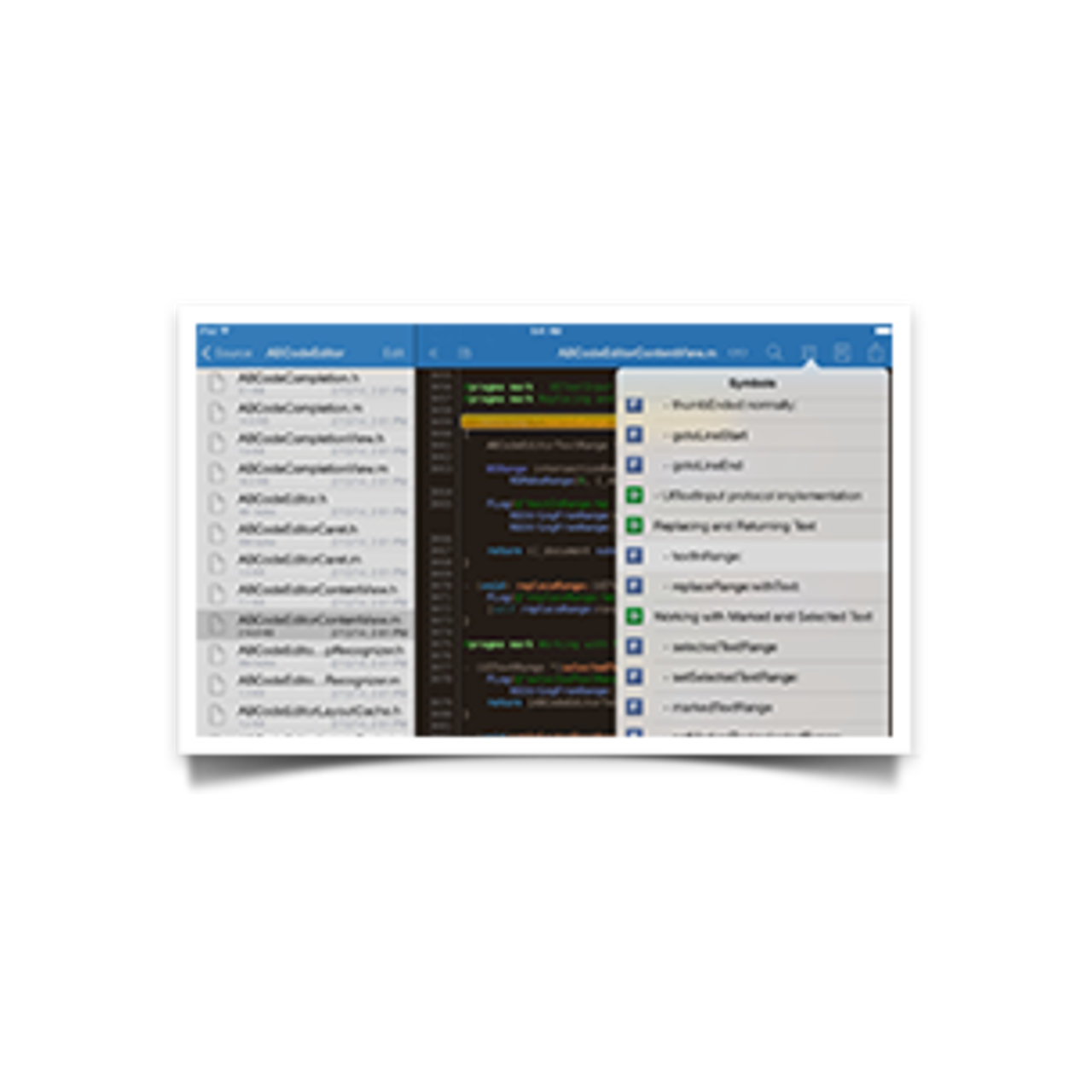 Adobe acrobat pro dc 19.021.20048. At $14, Textastic is expensive for an iOS app, but cheap for a programmers tool (it’s definitely worth the price). This is a text editor, not an IDE, so you don’t get a debugger or interactive prompt or anything like that – it would be difficult to do that anyway given Apple’s restrictions, and I prefer a dedicated programmers text editor to an IDE anyway. (You can easily switch to other apps that together provide most of what an IDE does).

It’s a good editor – it does syntax highlighting for many languages (including Python and everything else I’m interested in), shows line numbers, and you can switch the file’s encoding and line ending choice. You can quickly jump to “symbols” (e.g. method), although I generally just scroll since I know where I’m going. There’s a decent find (and replace), and you can choose from DejaVu Sans Mono, Courier New, Luxi Mono, Monofur or Inconsolata for the font. There are a variety of colour themes, there’s control over tab settings (including soft tabs) and word-wrap. Although you can set the font size, you can also just pinch & zoom to get the size that you’re after, which is far superior to manually picking a size.

Generally the app does what it should: it gets out of the way and lets you get on with writing/editing the code. There’s an additional top row in the keyboard that offers symbols that you’re likely to need (this oddly scrolls horizontally to fit everything in) so that you don’t have to toggle between keyboards often (except for numbers) if you’re not using an external keyboard.

Where the app falls down for me is where iOS in general performs badly: moving data between applications. You can share files to the app (e.g. from Dropbox), and there are actually many ways of getting files in and out (via WebDAV, iTunes, creating local files), but you’re left with the same issue that lots of iOS apps have: you end up with duplicates. To its credit, the app tries to address this (e.g. it can know that a file you’re editing belongs in a particular Dropbox location and sync the changes back), but at the end of the day it’s clearly a hack. The app is still useable, but this does mean that I more often read code in it than write it (it’s far better for reading code than the Dropbox app is).

It seems obvious to me how to fix this problem (I don’t understand why it isn’t already the case). Surely nearly every programmer that would use this app has their code stored in some sort of repository (CVS, SVN, Git, Mercurial, Bazaar, etc). The repository is the file system. The app has a working copy checked out, and you can commit changes back to the repository. The app doesn’t need to support every action that the VCS/DVCS offers – really just (in SVN terms) add/remove/update/checkout (and perhaps propset) – if you need to do something else, then you use a dedicated SVN/Git/etc app). This completely solves the issue of multiple copies of files, because that’s exactly what these tools are designed to handle.

Unfortunately, the app would need to support at least SVN, Git, Mercurial, and Bazaar since there’s a lot of diversity at the moment. However, it seems likely that there are libraries that can be used (even in iOS) that would handle a lot of the grunt work. If the app let me check out a SVN working copy, make changes, and then commit them back, it would be absolutely perfect (I’d pay ten times the price if the app supported this).

If you need a programmers text editor on iOS, then I highly recommend Textastic.