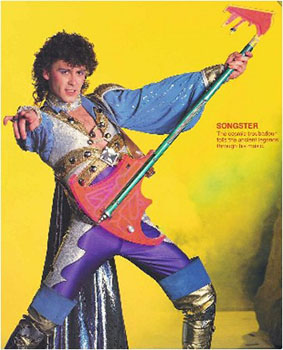 (Redirected from AT-8 Songster)

The 9K112 Kobra (NATO reporting name: AT-8 Songster) is a SACLOSanti-tank missile system of the Soviet Union. It is fired from the 125 mm main guns of the T-64 and T-80 series of tanks. A newer design based on the same concept is the 9M119 (NATO reporting nameAT-11Sniper).

The first generation of Soviet missile tanks started in 1956 when V.A. Malyshev was ordered by Nikita Khrushchev to instill a 'new thinking' into the weapons design bureaus. Part of this 'new thinking' was the development of missile tanks, including the IT-1 firing the Drakon missile and the Taifun-armed Obiekt 297. However, these early tank designs were failures. A purely missile armed tank had a 300-metre deadzone around it, where it could not engage targets—also the size of the early missiles limited the number carried. Hybrid designs compromised both main gun firepower and missile carrying capacity.

These limitations led to the development of a hybrid system, where the missile was fired through the barrel of the tank's main cannon. The first generation of this concept was the Obiekt 775 tank, armed with a 125 mm smoothbore gun that could fire high explosive unguided rockets, or a radio command guided projectile. The guided projectile was called Rubin (Ruby) and the unguided projectile called Bur Should we cleanse our bodies. (Drill). The tank could carry 24 Rubin missiles and 48 Bur rockets. The project was a failure, as the Rubin's shaped charge warhead was not effective enough, and there were concerns that the missile's command link could be jammed.

Development continued during the 1960s, but it was not until the 1970s that serious attention was paid to the concept again. This was probably because of three factors:

The development of a second generation of Soviet tube-fired guided projectiles began in the 1970s. The Kobra missile system was in competition with the IR-guided Gyurza system. The IR guidance system of the Gyurza missile proved troublesome and the Kobra was put into production. The 9K112 was first mounted on a new version of the T-64B in 1976. The later T-80B, in 1978, was also armed with this system. The Gyurza system continued to be developed, dropping the IR guidance system in favour of radio command guidance - it was then developed into the Shturm or AT-6 Spiral.

The two separate sections are stored in the autoloader of the tank in the same way as conventional 125 mm rounds. As the round is hoisted into the gun the two halves are mated together.

The missile can be fired in any of three modes: