Silkypix Developer Studio Pro is a very underrated raw converter. Unfortunately, Ichikawa Soft Laboratory don't make much effort to promote/support their products in USA/Europe. Maybe you could start a thread asking for tips on using the software and posting your views on what is good about the software and its capabilities?

SILKYPIX allows you to make adjustments such as exposure (brightness), white balance (shading), tone (light and dark sharpness) while maintaining a high quality of image without deteriorating the image. In addition, anyone can easily perform high-quality adjustments because basic adjustments are arranged in order from the top of the control panel. Furthermore, fine tuning adjustments for each item can be minutely performed with the 'Slider' control.

A Variety of Functions to Recreate the Photographer’s Images

The Partial correction function is included to adjust saturation and brightness of specified areas. What is more, a variety of fine adjustment functions such as Fine color controller which can be used to adjust each specific color and Highlight controller which restores colors in highlighted parts as well as recover gradation are available.

SILKYPIX Pro9 has 10 types of maker tastes installed which can take on various shooting scenes in advance. Just by choosing a taste such as 'Landscape' or 'Portrait,' you can make a finished photograph easily that fits your image.
In addition, you can save your adjusted parameters as a taste. Parameters are very useful functions, and you can easily create pictures from the same image by applying them to other photographs.

Compliable with JPEG and TIFF

With 'SILKYPIX RAW Bridge' available only on SILKYPIX Pro9, JPEGs and TIFFs are expanded to 16 bits, so even JPEG and TIFF images can be adjusted to a high degree of image quality with less image degradation

One License Can Be Used on Three Computers

In recent years, more and more people own multiple computers, such as desktops, laptops, tablets, etc., sometimes using both Windows and macOS. With such changes in the industry, 'SILKYPIX Developer Studio Pro 9' can be used on three computers with one license.

Basic functions (A part of functions)

Practical functions (A part of functions)

Ideal finish with simple tasks
– Automatic adjustment button that can be adjusted with one click.
– Equipped with adjustable HDR function with 1 photo.
– Fine color controller which can be used to adjust each specific color.
– Easy remove unwanted objects using the Spotting Tool, such as dust that may appear.
– Images to be adjusted can be searched from 'shooting information' such as shooting date.

Dehaze function
Adjusting the hazy image with the Dehaze slider removes cloud-like distortions in your image caused by water vapor in the air and leaves the image with just as much clarity as if it were taken on a bright sunny day.

Individual adjustment of brightness of highlight/shadow area of photograph
The Highlight/Shadow sliders in the exposure adjustments allows you to manually adjust the brightness of the bright (highlight) and intensity of dark (shadow) portions of the image. Even when shooting subjects with intense contrast while using exposure compensation, it is sometimes still difficult to control the exposure. Here, simply adjust thehighlight/shadow individually during RAW development to achieve a result suitable for the image of the Photographer. 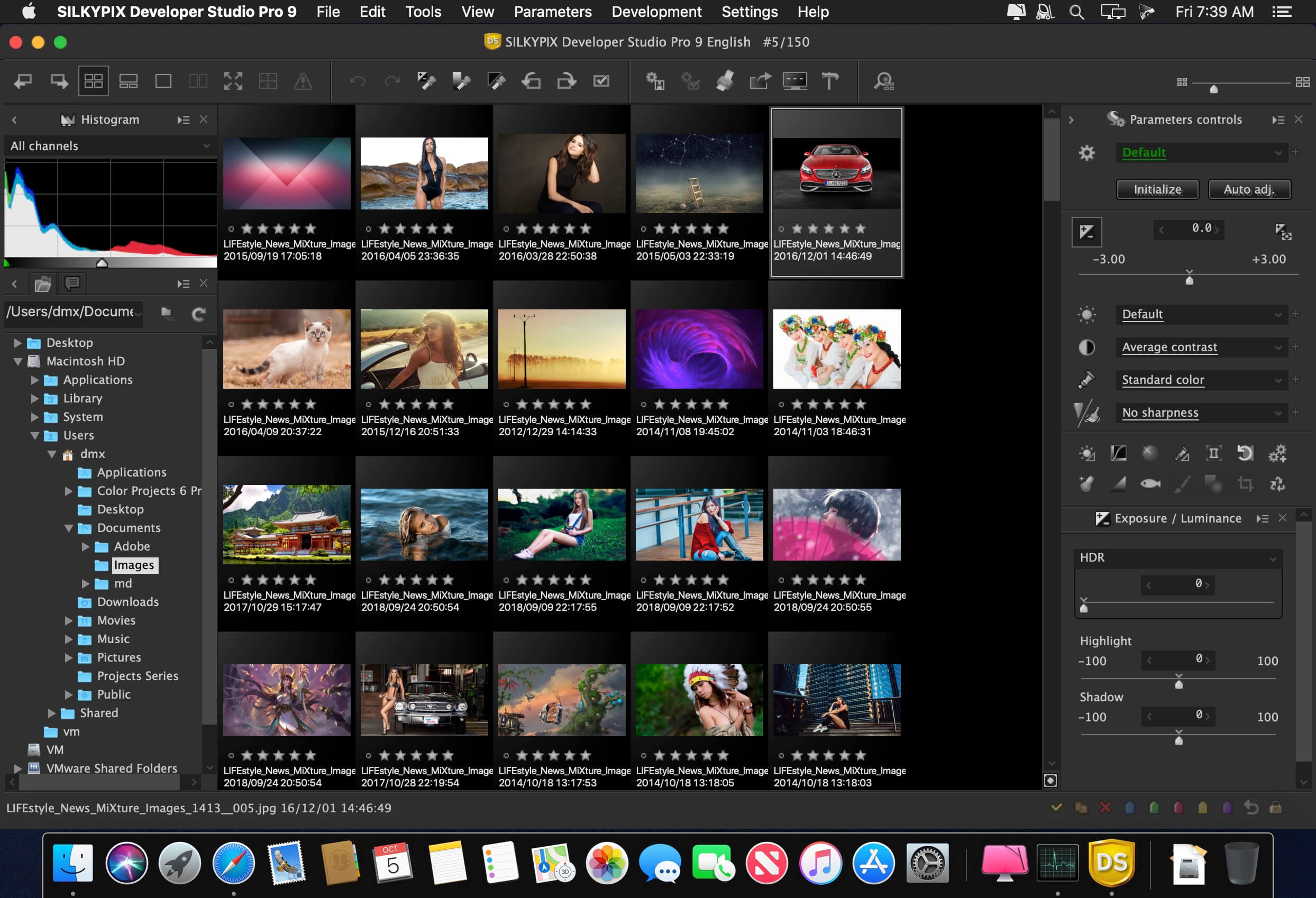 Search in thumbnails
Search in thumbnails is a function for searching and displaying images by specifying a condition such as shooting info such as File name or Date, comments, or ratings from specified folders. You can also specify multiple folders at the same time, which is a very useful feature for locating the desired image within a larger collection.

Other
These include the independent placement of initialization buttons for instantaneously returning images to their pre-adjusted states, the addition of user-mark colors for image selection, and the easy transfer of images from the SILKYPIX to retouching software.
Supported digital cameras

Steward. Steward definition is - one employed in a large household or estate to manage domestic concerns (such as the supervision of servants, collection of rents, and keeping of accounts). How to use steward in.

System requirements:
Microsoft Windows 10 / 8.1 64-bit version
It does not correspond to the Windows 10 tablet mode.
It does not correspond to 32-bit version OS.
Intel Core 2 Duo or higher, or AMD Athlon 64 X2 or higher processor
Graphic board compatible with DirectX 10 or higher
4GB or more RAM (8GB or higher recommended)
10GB of available hard-disk space or more
Display that supports screen resolution of 1,024*768 or higher