‎mimoCam enables the use of the iPad or iPhone connected to a Mac via Lightning cable to work as an external camera for the live switching app mimoLive on the Mac. In contrast to other camera apps, mimoCam doesn't show controls on the screen, giving you a clear picture. Double tap on the video switc. MimoLive is the all-in-one video encoder, switcher and streaming software for Mac®. MimoLive enables you to switch multiple cameras, insert presentations, add layered graphics like weather maps, lower-thirds, social media feeds, green screens, and much more. MimoLive streams and records simultaneously to various streaming server and destinations.

theta360.guide included mimoLive in the Live Streaming Guide since they have a great service with support specifically for the THETA S that can accept a USB or HDMI live streaming in dual-fisheye.

Boinx Software contacted us recently to announce support for Facebook 360° Live Streaming. They now support live streaming to YouTube, Facebook, Twitch or any other RTMP-based streaming service, without the need for any additional hardware. 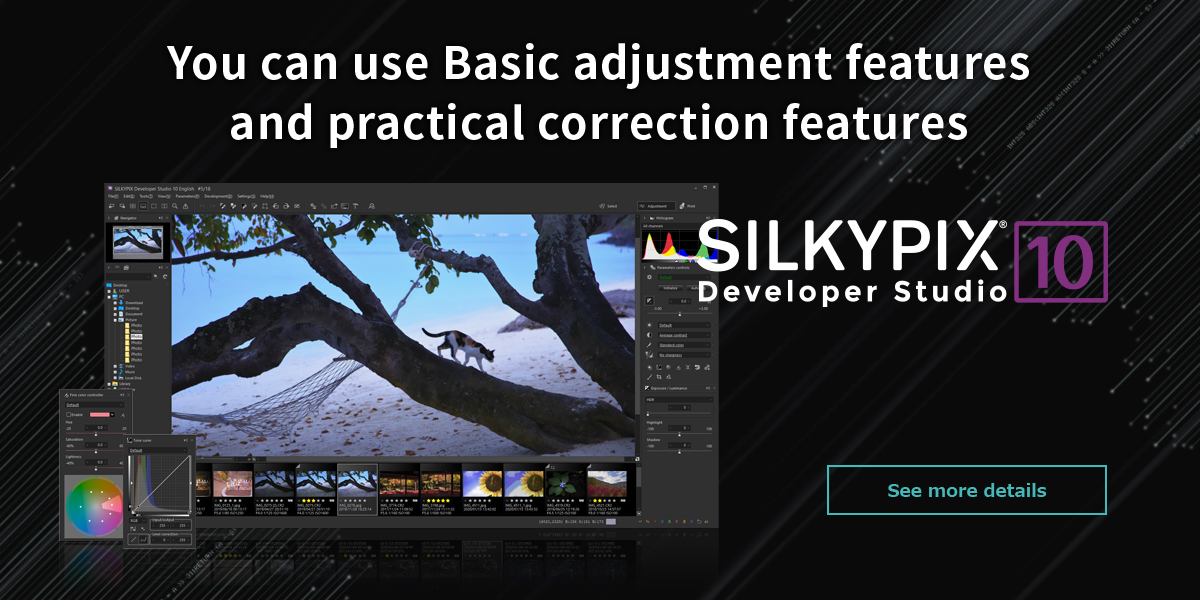 Here is the main BoinxBlog post on the announcement:

mimoLive now has support for Facebook’s 360° live streaming format, aka “spherical video”.Watch the quick demo Oliver put together on some of t ..

Oliver Breidenbach, CEO of Boinx Software, says “we mounted the Theta S using Achim’s 3D printed tripod mount to my car and drove around the quaint city of Leoben, Austria, where my brother lives.'

Take a tour with Achim Breidenbach and Oliver Breidenbach around Leoben. The live stream was produced with a Theta S camera mounted to the top of Oliver's car, connected via USB to a MacBook Pro..

The description of the video states:

Take a tour with Achim Breidenbach and Oliver Breidenbach around Leoben, Austria. The live stream was produced with a Theta S camera mounted to the top of Oliver’s car, connected via USB to a MacBook Pro running mimoLive. The connection to the Internet was established via an iPhone’s personal hotspot and LTE.

Take a special note of the Google maps projection at the bottom of the stream that gives the location in real time and the Facebook Likes layer which displays the reactions to the live stream. 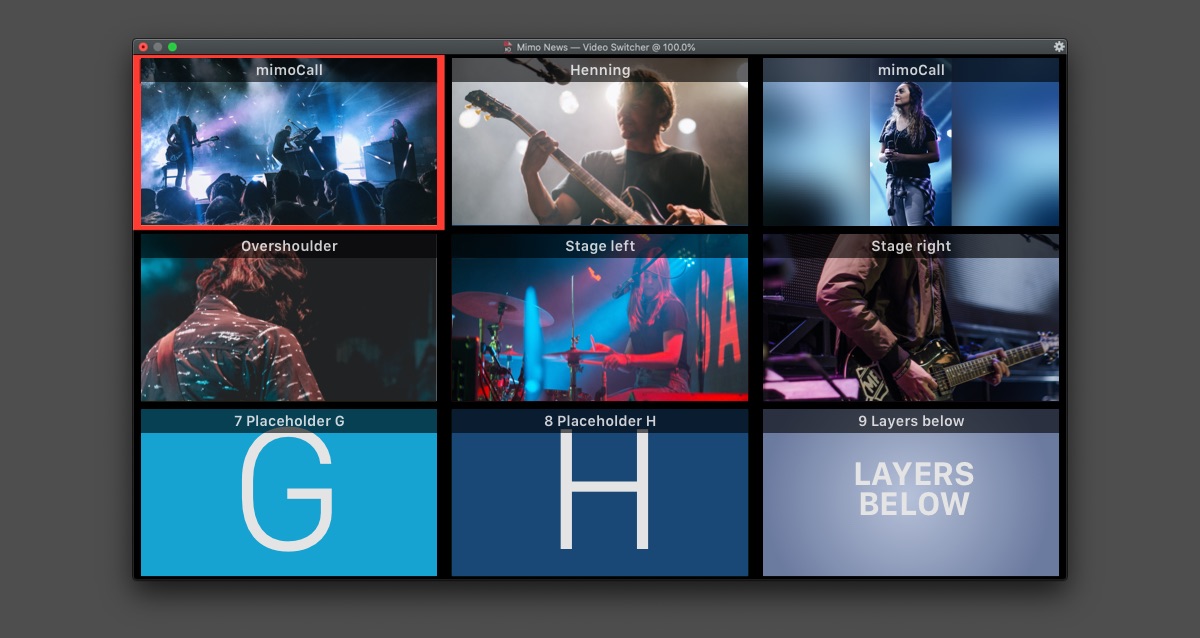 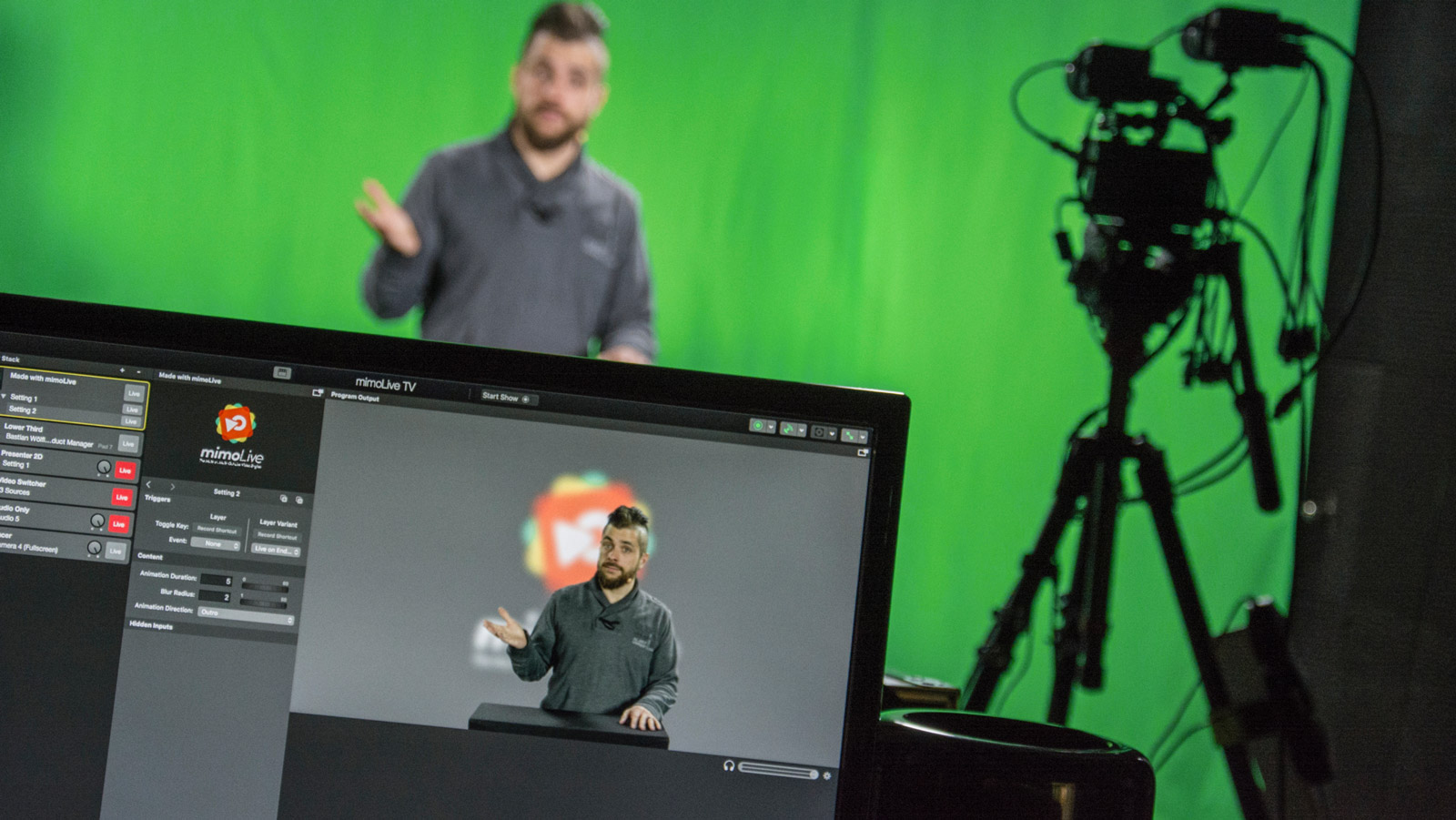 For those of you who use tools like Wirecast as the centerpiece of a low cost live video production studio, there is a new player on the block. Boinx Software hosted a live stream today that showcased mimoLive, the successor to BoinxTV and the results of months of work in conjunction with a large beta-testing community. MimoLive is basically a broadcast studio for your Mac. It now natively integrates with Blackmagic devices, including the UltraStudio Mini ($150.00) and the UltraStudio 4k (~$950.00), and Magewell and Epiphan were also specifically mentioned as offering compatible products for those who want more advanced switching capabilities and/or the ability to integrate more than four simultaneous video sources.

One of the biggest updates showcased was the addition of a plethora of built-in live streaming options, including:

The central element of the mimoLive layout is layers, and in fact the UI looks and operates a lot like Photoshop. Clicking on different elements uncovers extended palettes in a way those who like Adobe products should find intuitive. Sources are selectable on the left and outputs on the right, including the live options listed above plus the ability to record to disk, now with more codecs, including ProRes 422 or 444. 444 supports an alpha channel, so things like lower thirds and graphics maintain their editability after export. The layers are stacked like in Photoshop so that what is above hides what is below. They mentioned there is a third party integration that provides better visibility in the UI down through the layer stack but weren’t able to show this during the demo.

To begin a project, you select a template, choose your dimensions and frame rate, including plenty of options for mobile devices, and then begin working with your layers. Options include graphics like logos and lower thirds, and numerous external elements, including weather layers and Twitter or other social media feeds. One of the cool new features demoed was the new ability to edit many of these elements directly from the preview window–i.e., you can click and drag the lower thirds or logos to size them rather than entering pixel dimension manually like before.

Also new is play-out to an external player like the Blackmagic UltraStudio 4k or your ATEM Television Studio via SDI. This includes motion graphics plus their fill and key signals.

Right now, one down side compared to Wirecast is that you can only stream to one destination at a time with mimoLive.

Another change is how licensing works. All licensing is now subscription-based, with pricing that ranges from $19.00/month for personal licenses up to $199.00/month for enterprise usage. They mentioned that this will allow all users to take advantage of the fast update cycles they are planning. Their plans for the product seem ambitious–they even specifically mentioned that they want to support live 360 video with placing of objects in different parts of the “frame.”

One user asked about Integrating Skype and specifically Skype audio, and the presenter indicated this is easily done through a combination of video capture and a virtual audio router to get the audio from Skype into mimoLive

For those interested in learning more, the on-demand version of the webcast should be available via the following link:
https://www.youtube.com/watch?v=kdwTTkXOGNI