Industrial-strength software with a feather-light feel.

Welcome to a world where you feel safer in your home, save energy and can enjoy lighting effects from cosy to practical. LIFXstyle gives you manual control over your LIFX Bulbs bulbs and makes it easy to schedule them for when you're not around. Plus other reassuring security features. 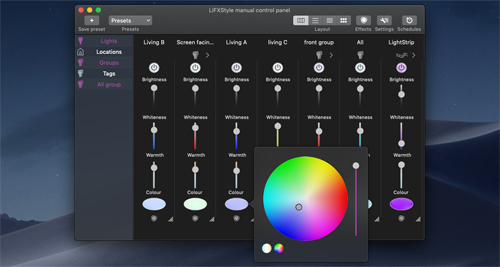