Goldfish standards have two purposes; for judging in competitions, and to help breeders select only the very best fish for breeding.

Goldfish standards are used to measure how closely a fish resembles the accepted standard for its type. The closer it is to the standard, the higher the quality.

if Goldfish are left to spawn naturally, over a period of time they will eventually revert back to the wild form of the Prussian Carp.

Menupop. This is proven in any spawning as there will be a large number of fry that don’t follow the traits of the parents. For example:

Themore developed a goldfish variety is, the greater the number of fry in a brood that will have flaws.

Crossbreeding varieties only produces worthless fish. It has taken many centuries to develop thegoldfish varieties we have today but only one spawning to undo all that work.

Mostgoldfish keepers aren’t too worried about standards as long as their goldfishare orange/gold and have long flowing fins. However,if you are a goldfish enthusiast and plan to breed your goldfish, you shouldbe aware of what the goldfish standards are for the variety you have. 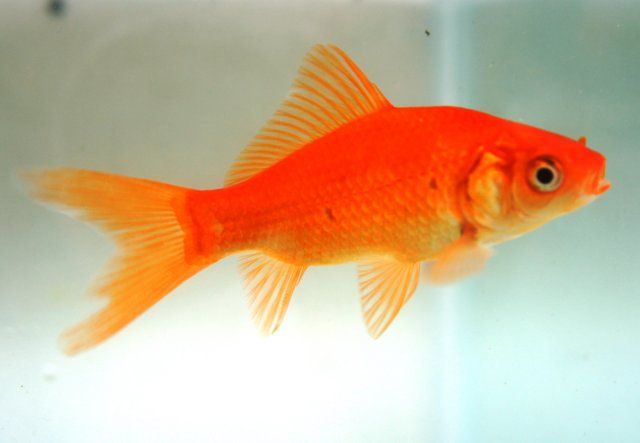 Championgoldfish can be worth thousands of dollars. The reason for this is because of their rarity. The more developed the variety, the harderit is to produce a champion fish. From abrood of several thousand Lionhead fry, you will be lucky to get 10 juvenilesthat show enough early promise to possibly become a champion.

Toget to this stage the juveniles will have had to pass all the requirements ofthe Lionhead standard. The 10 juveniles will be grown to adulthood when the final features of thestandard develop, in the Lionhead’s case the wen or head growth.

Commercialbreeders need to produce large numbers of goldfish for the pet shop market. The goldfish produced are called commercialquality fish. They conform to the majorareas of an accepted standard for a particular variety but they can’t conform toall of them.

If we use the Black Moor asan example, by the time fish reach the pet shop they will have changed color toblack, have two tails, be telescopic eyed and have a reasonably deep body.

Thecommercial breeder isn’t concerned about the other details that make up theBlack Moor standard such as:

Thesedetails aren’t a consideration for the majority of customers that go to a petshop to buy a few goldfish. It is a problem for the enthusiastbecause if pet shop fish are going to be used to start a goldfish dynasty, itwill take longer to produce a champion fish (unless you are very lucky).

Buy Goldfish For Breeding As Close To The Standard As Possible

If you have an aquarium shop in your area that specializes in goldfish, you aremore likely to get a goldfish that conforms more closely to a standard. An even better idea is to contact an aquatic club assome of the members will be experts in their field. You will be able to purchase fish from theseexperts that will conform far more closely to a standard thana commercial grade pet shop fish. 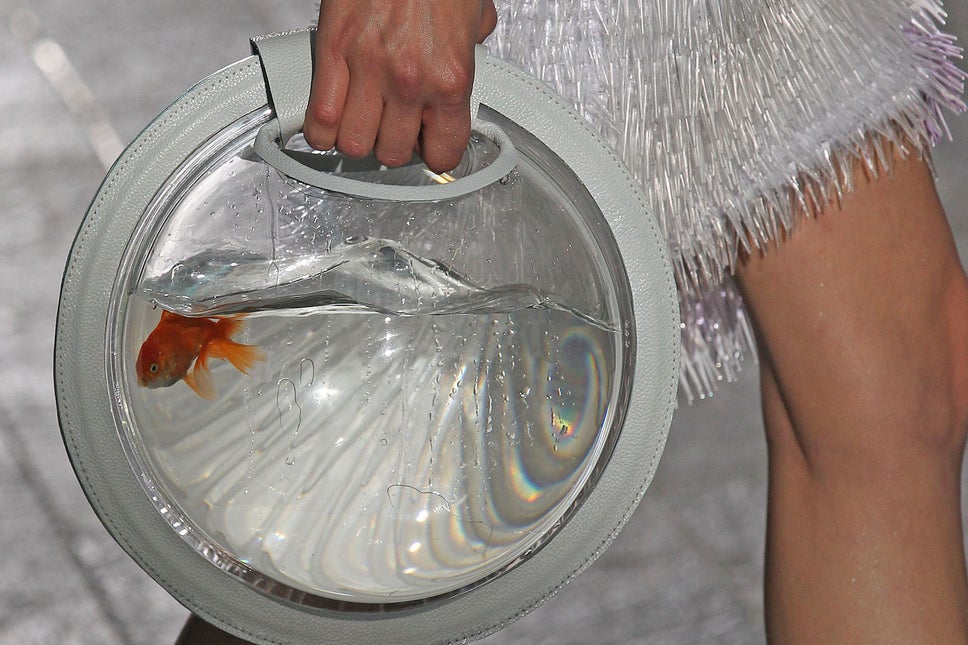 Commercialbreeders or fish farms rarely cull fry. The fry are usually placed in large outdoor ponds once they are freeswimming and left to their own devices until they are harvested. At this time they will receive a rough cullfor obvious defects such as being uncolored or having a single tail if two isthe standard.

This iswhy the amateur breeder is more likely to produce a champion fish, because thesmaller scale operation allows more frequent culls of the brood. A single tailed Moor wouldn’t pass the firstcull.

Most standards in each are very similar, othersare not.

Asan example, the Black Moor in the English standard always has a veil tail, andanything less is considered an inferior specimen. In the American standard, the Moor can haveeither a forked tail or a veil tail.

If youintend to show your goldfish, you need to know what standards the judges willbe using if you live outside the USor England.