Chromium, a steely-gray, lustrous, hard metal that takes a high polish and has a high melting point, is a silvery white, hard, and bright metal plating on steel and other material. Commonly known as chrome, it is one of the most important and indispensable industrial metals because of its hardness. Chromium is an odorless and tasteless metallic element. Chromium is found naturally in rocks, plants, soil and volcanic dust, and animals. The most common forms of chromium that occur in natural waters in the environment are: Trivalent chromium (chromium-3) Hexavalent chromium (chromium-6) Chromium-3 is an essential human dietary element.

Chromium is an odorless and tasteless metallic element. Chromium is found naturally in rocks, plants, soil and volcanic dust, and animals.

The most common forms of chromium that occur in natural waters in the environment are:

Chromium-3 is an essential human dietary element. It is found in many vegetables, fruits, meats, grains, and yeast. Chromium-6 occurs naturally in the environment from the erosion of natural chromium deposits. It can also be produced by industrial processes. There are demonstrated instances of chromium being released to the environment by leakage, poor storage, or inadequate industrial waste disposal practices.

The Safe Drinking Water Act (SDWA) requires EPA to determine the level of contaminants in drinking water at which no adverse health effects are likely to occur. These non-enforceable health goals, based on possible health risks from exposure over a lifetime, are called maximum contaminant level goals (MCLGs).

EPA sets enforceable standards for drinking water contaminants based on the best available science to prevent potential health problems. In most cases, the enforceable standard is known as a maximum contaminant level (MCL), the maximum permissible level of a contaminant in water which is delivered to any user of a public water system. MCLs are set as close to the health goals as possible after considering costs, benefits, and the ability of public water systems to detect and remove contaminants using suitable treatment technologies.

In September, 2010, EPA released a draft of the scientific human health assessment (Toxicological Review of Hexavalent Chromium) for public comment and external peer review. When this human health assessment is finalized EPA will carefully review the conclusions and consider all relevant information to determine if the current chromium standard should be revised.

To assess the levels of chromium-6 in drinking water, EPA is requiring a selected number of systems to perform chromium-6 monitoring under the third Unregulated Contaminant Monitoring Regulation (UCMR 3). The UCMR 3 requires many but not all public water systems to monitor chromium-6 for a one-year period.

What are EPA's drinking water regulations for chromium?

EPA has a drinking water standard of 0.1 milligrams per liter (mg/l) or 100 parts per billion (ppb) for total chromium. This includes all forms of chromium, including chromium-6. Water systems are required to test for total chromium. The current standard is based on potential adverse dermatological effects over many years, such as allergic dermatitis (skin reactions). EPA regularly re-evaluates drinking water standards and, based on new science on chromium-6, began a rigorous and comprehensive review of its health effects in 2008. 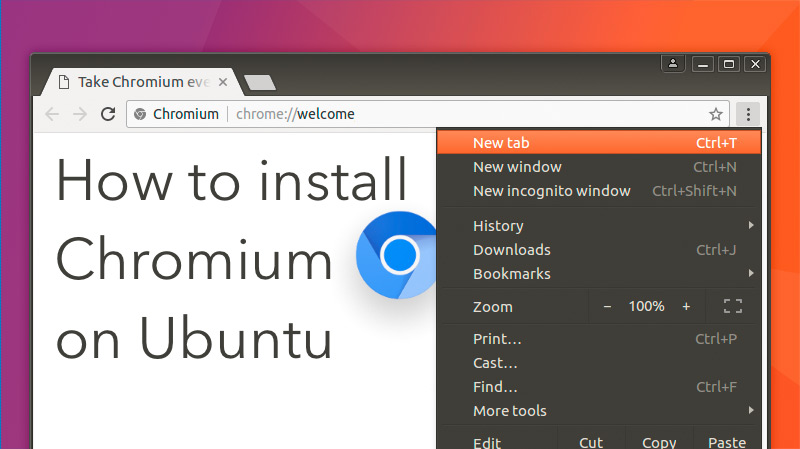 Is total chromium or chromium-6 in drinking water a health concern?

The current federal drinking water standard for total chromium is 0.1 or 100 ppb. Chromium-6 and chromium-3 are covered under the total chromium drinking water standard because these forms of chromium can convert back and forth in water and in the human body, depending on environmental conditions. Measuring just one form may not capture all of the chromium that is present. In order to ensure that the greatest potential risk is addressed, EPA's regulation assumes that a measurement of total chromium is 100 percent chromium-6, the more toxic form. If tap water from a public water system exceeds this federal standard, consumers will be notified.

Cisdem video converter for mac. The MCL for total chromium was established in 1991 and is based on the best available science at the time which indicated that continued exposure to chromium-6 could result in allergic dermatitis (skin reactions). EPA is actively working on the development of an Integrated Risk Information System (IRIS) assessment, which will include a comprehensive evaluation of potential health effects associated with both inhalation and ingestion of hexavalent chromium. The 2008 study by the National Toxicology Program will be included in EPA’s evaluation of hexavalent chromium toxicity, along with other peer-reviewed, published literature that has been released since then.

When the review is completed, EPA will consider this and other information to determine whether the drinking water standard for total chromium needs to be revised. For more information on the status of the IRIS assessment of hexavalent chromium, please visit: https://cfpub.epa.gov/ncea/iris2/chemicalLanding.cfm?substance_nmbr=144.

If EPA decides to revise the regulation that includes chromium-6 in drinking water, what is the process the Agency will follow?

Prior to EPA making any decisions about revising the chromium drinking water regulation, EPA must issue its final human health assessment for chromium-6. EPA will carefully review the final assessment and consider all other relevant information to determine if a new drinking water regulation for chromium-6 or a revision to the current total chromium standard is warranted.