Since I am reviewing apps by Antnotes I thought I would consider there To-Do Lists app. Again, this is another one-horse-band. It costs $4.99 at the App Store. I think it is quite handy, allow me to show you around.

To-Do Lists sits on your Desktop wherever you place them. You can hide them and then activate them with a keyboard command. Here is what the lists look like:

You add an item by clicking the plus symbol or hitting Return. You can create a brand new list by clicking Command ⌘ + “N”. If you click on the title of the list you can rename it. If you double-click the title bar in the list it will scroll up, just leaving the title. Nice if you wish to get it out of the way, but not hide it.

You can set an alarm on a To Do item. This is very cool. If you scroll your mouse over a To Do item a small alarm symbol appears to the right:

Click on the alarm symbol and you get this dropdown menu:

This is awesome. So many To Do items are attached to a time limit aren’t they? So, you can setup an alarm for your To Do. I like it.

There are other things I could point out here, lets take a look at the Preferences for To-Do Lists. There are many of them.

I cannot cover every Preference to this app. I will just show you the basics. Here is the General Tab:

You can do a lot of the usual things here like run the app at startup. I also don’t show the app icon in the Dock, the Menu Bar icon is sufficient for me.

You can adjust the way the To Do lists look in the Appearance Tab:

The Appearance Tab is fairly self-explanatory. The Controls Tab covers some keyboard shortcuts:

The Behavior Tab offers settings for how your lists act:

You can export your To Do list as an RTF file using the settings in the Export Tab:

Finally, your can use the Sync Tab to sync with Apple’s Reminders and or Dropbox:

I guess I could go over each of these settings in the Preferences area, but I think you can figure most of them out for yourselves. Needless to say, To-Do Lists is a pretty sophisticated app for just doing one thing.

So, why would you use both Antnotes To-Do Lists and the Post-it Note version. You don’t have to, but here is what I do. I use To-Do Lists to flesh out things I need to do during the day or week. If I have a major project I use the excellent Things app from culturedcode. If I just need to jot down some information that comes my way for further reference I use the Post-it Note app by Antnotes. You may wish to use one or either of these apps, they work pretty well.

The To-Do Lists app is a helpful addition to my daily workflow. It keeps me organized along with the Antnotes Notes app. They don’t cost much, I say just give them a try.

Soundwaves houston. 14. Ibid., p.32. This is the Council's interpretation of Morgan's views in an account probably written by Henry W. Haynes.

28. 'The Serpent Mound, Adams County, Ohio,' an unsigned article in Records of the Past, V 91906), 119-128. With other leading anthropologists, Putnam served as a consulting editor of this forgotten periodical after 1905.

30. Sallie Van Valkenburgh, 'The Casa Grande of Arizona as a Landmark on the Desert, A Government Reservation, and a National Monument,' The Kiva, 27 (1962), 11. A very informative article in the journal of the Arizona Archaeological and Historical Society.

32. Memorial of Oliver Ames, John G. Whittier, Mary Hemenway, and others, praying legislation for the protection from destruction of the Ancient Ruin of the Temple of Casa Grande, situated in Pinal County, near Florence, Arizona, Senate Misc. Doc. Nu, 80, 50th Cong. 2d Sess. (1889).

35. See the sixth, eleventh, and seventeenth Annual Report of the Archaeological Institute of America.

42. George Grant MacCurdy, 'Extent of Instruction in Anthropology in Europe and the United States,' Proceedings of the American Association for the Advancement of Science, Forty-eighth meeting, Held at Columbus, Ohio, August, 1899, pp.382-90.

54. Lloyd M. Pierson, 'A History of Chaco Canyon National Monument,' an unpublished manuscript in the library of the Division of Archaeology, National Park Service, Washington, DC, 1956, 48-55.

70. Three earlier accounts of the legislative history of the Antiquities Act have been helpful in researching this one (1) Claus, (2) Ise, and (3) John Dishon McDermott, 'Breath of Life: An Outline of the Development of a National Policy for Historic Preservation.' Manuscript, 115 pages, March 1966. Copy in files, Office of Archeology and Historic Preservation, National Park Service, Washington, DC. Hereafter cited as McDermott.

75. Undated, unsigned, printed document entitled 'A Bill for the Preservation of Prehistoric Monuments, Ruins, and Objects, and to prevent their Counterfeiting, and for other Purposes.' 10 pages including explanation of bill. Files, Office of Archeology and Historic Preservation, National Park Service, Washington, DC.

76. Ibid. , pp. 4-5. Rev. Henry Mason Baum secured the Greek antiquities laws and had them translated for the information of the House Public Lands Committee where they remained on file. See S. Doc. 314, p. 8.

78. Edmund B. Rogers (Comp.), History of Legislation Relating to the National Park System through the 82d Congress (a collection of photostats in 108 Vols., deposited in the Departmental Library, U.S. Dept of the Interior, Washington, DC, 1958), Vol. IV, Appendix A, for copy of H.R. 8066. Hereafter cited as Rogers.

94. Rev. Henry Mason Baum, 'Pending legislation for the Protection of Antiquities on the Public Domain,' Records of the Past, III (1904), 103. 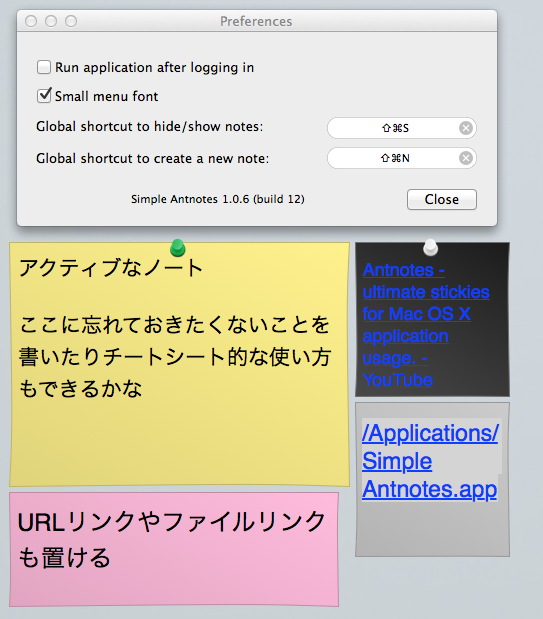 97. Baum, 'Pending Legislation for the Protection of Antiquities on the Public Domain,' p. 143.

109. The main line of the legislative history is most clearly understood by following the course of S.5603, the Lodge bill, It should not be forgotten, however, that the Department of Interior was still seeking its own bill. In his Annual Report for 1901, Commissioner Binger Hermann again strongly recommended legislation similar to H.R.11021, introduced by Rep. Lacey in 1900, to authorize the President to set apart tracts of public land notable for their scenic beauty, natural wonders, ancient ruins, and relics or objects of scientific or historic interest as national parks. He repeated this recommendation in 1902. His successor, Commissioner W. A. Richards, followed with a similar recommendation in his Annual Reports for 1903 and 1904. H.R.13478, introduced by Rep. Lacey on March 4, 1904, was identical with H.R.11021, which Lacey had also introduced at the request of the Department in 1900. (See Rogers, Vol. IV, Appendix A, for text of H.R.13478.) Nothing came of the Interior bill, however, in the 58th Congress, and it was never again introduced. Neither was the Smithsonian bill re-introduced. To complete the record, it should be noted that Rep. Bernard S. Rodey of New Mexico introduced H.R.12141 on Feb. 10, 1904 'to protect ancient ruins on the public domain,' but it got little or not attention. For text see Rogers, Vol. IV.

112. For a fascinating account of events leading to the Forest Transfer Act, see Hays, pp. 39-44.

115. Hewett's memorandum was published as General Land Office Circular Relating to Historic and Prehistoric Ruins of the Southwest and Their Preservation (Washington, 1904). It also appears as an Appendix to Rep. Lacey's 1905 report, Prehistoric Ruins on the Public Lands. Lacey published it again it again in March 1906 as part of another report from his committee.

132. U.S., Department of the Interior, Laws Relating to the National park Service, The National Parks and Monuments, comp. Hillory A. Tolson (Washington: Government Printing Office, 1933) for enabling acts for all these national parks.

148. National Park Service, Hearing before the Committee on Public Lands, House of Representatives, Sixty-Fourth Congress, First Session, on H.R.434 and H.R. 8668, bills to establish a National Park Service and for other purposes, April 5 and 6, 1916 (Washington, D.C.: Government Printing Office, 1916), p. 53. An unnumbered report.

151. Department of the Interior news release from the Office of the Secretary, January 21, 1969.

152. One Third of the Nation's Land, A Report to the President and to the Congress by the Public Land Law Review Commission (Washington, D.C.: Government Printing Office, 1970). See especially Chapter One, 'Where and What Are Public Lands?', pp. 19-30, and the excellent map which accompanies the report showing the location of all Federal Lands in the United States and the departments and bureaus having jurisdiction.